“Take heed unto thyself, and unto the doctrine; continue in them: for in so doing this thou shalt both save thyself, and them that hear thee.”

Sometimes, making a commitment is the easy part!  We can easily promise to be involved in a community event or pledge money to charity.  The hard part can be following through and actually getting involved or writing that check.  When it comes to our spiritual lives, however, not keeping our promises to God can have tragic results.

Our lack of commitment can be caused by our own pride.  Proverbs 16:18 reminds us that, “Pride goeth before destruction, and an haughty spirit before a fall.”  Are we willing to take advice and counsel from others?  When we feel that we are the only ones we can really trust, we are headed for disaster in our personal lives.

Sometimes, selfishness can lead us not to keep our promises to God.  Proverbs 14:14 tells us, “The backslider in heart shall be filled with his own ways.”  When we replace “Thy will be done” with “My will be done,” we are in real trouble!

2 Timothy 4:10 gives the sad example of a man named Demas who left the apostle Paul because he loved the things of this world more than he loved God’s messenger.  This danger is perhaps even greater in the twenty-first century than it was in the first century as we struggle with a world where our worth is sometimes measured by how much “stuff” we possess.

Whatever the reason, we must re-commit ourselves to continuing in the things we have been taught and keeping the promises and spiritual commitments we have made.  Only then can we expect God’s blessings! 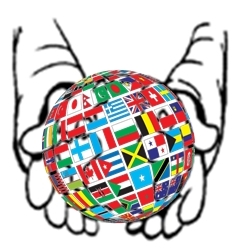 LCA is hosting a special open house this evening.  Current and prospective families are encouraged to drop in anytime tonight between 7:00 and 8:15. Students will be able to tour the building and collect stamps for their “passports” and learn about the many nations and cultures of the world as they meet all of our teachers and see our entire program here at LCA.

LCA elementary and secondary students have also prepared history fair presentations which are on display in our gym, adding to the learning experience.

Please invite family and friends to attend with you.  We have a special gift for all of the children who attend and complete their “passports” as well.  We are looking forward to a great evening together!

Tomorrow, Friday, March 15, will be a special day on our calendar.  We will have no school or extended session on March 15.

If your family is planning to use public school busing services to LCA in the coming school year for children entering kindergarten (K5) through 12th grades, you must notify your district’s transportation office no later than April 1.  This is a hard deadline and requests made after this date will likely not be honored by your district.

We have some districts’ request forms available in our school office.  Please see Mrs. Kettlewood with any questions.

Not long ago, we sent home a packet of information on re-enrolling for the 2019-20 school year.  All families wishing to send their children back to LCA in Fall 2019 must complete the re-enrollment process.  If you need a copy of any of the paperwork, you can get that at our office or on our website or on Sycamore.

We hope you have found the program of LCA to be an encouragement as we partner with our parents to see God’s best in the lives of each student here.  It is our prayer that God will lead you to return this fall and continue to be a part of the ministry here.  Our curriculum is designed with a scope and sequence in which each year builds on the one before it, and we are confident your child will continue to grow through each passing school year.

If you have any questions about the re-enrollment process, please contact Mrs. Kettlewood in our school office.

Last Friday, March 8, LCA hosted the annual Fine Arts Festival of the New York Association of Christian Schools.  Students from many other Christian schools were here to compete in a wide variety of areas, including speech, art, and Bible areas.

Our students did well at this competition.  The following students received awards in the top three places:

In January, many of our students also entered an academic competition based on tests taken in school.  The following junior and senior high students received awards in academic testing:

We will recognize our elementary testing winners in a future Knightline.  Elementary students will hold their fine arts competition on Friday, May 3, also here at LCA.

Congratulations to all who entered the competitions here last week!

Latham Christian Academy is privileged to have nine graduating seniors during the 2018 – 2019 school year.  Several members of the Class of 2019 have attended LCA for a long time, and they have all become good friends during their time here.  We will be highlighting one of the seniors each month in an article published in our Knightline newsletter.  We continue this week with senior James Roarke. 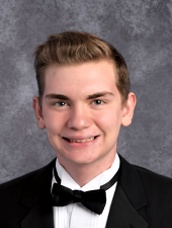 James Roarke has attended LCA since seventh grade in 2013.  Before coming here, he had attended Oakwood Christian School in Troy since first grade.  Both of James’s older sisters have also graduated from LCA, Sarah in 2013, and Hannah in 2014.

James has been blessed to grow up in a Christian home in a native Upstate family.  James’s mother grew up in East Nassau and his father grew up in Troy, right across the street from the house where his family now lives.

James’s father met his mother while he was attending church at Grafton Baptist.  A neighbor and friend of James’s mother once took James’s father’s Bible after church and said that she would only return it after his father asked out a friend of hers—the future Mrs. Roarke!  The two later met at the Big-E fair in Massachusetts and James’s father got his Bible back.  The two have been together ever since!

Today, James’s father is a cryogenic engineer for a company called Air Products and is responsible for a territory including parts of New York State, Vermont, New Hampshire, and Pennsylvania.  Although this means that he has to travel a lot for work, LCA has benefitted from Mr. Roarke’s unique experience with demonstrations of liquid nitrogen and other cryogenic fluids for science classes.

James’s mother works as an extended session aide and physical education teacher here at LCA.  She has often worked as James’s schools through the years, serving in the kitchen and as an art teacher at Oakwood Christian and in the lunch room at Turnpike Elementary where James attended kindergarten.

James recalls that his family has attended Brunswick Baptist Church for nine years. James accepted Christ in Sunday school at Grafton Baptist when he was five years old and was baptized later by Pastor Collins at Brunswick Baptist.  James is involved in his youth group and serves his church at their annual Family Fun Day as well as keeping the church lawn mowed faithfully.

At school, James serves as a prayer group leader.  James has also attended the AACS Leadership Conferences and has entered the NYACS Fine Arts competition in photography and in handbells.  James has also worked on the yearbook staff, as a manager for the basketball team, and as a leader on Field Day.

When James looks back on his high school years, he is confident he will remember Mrs. Kettlewood in our school office since they talk “all the time”!  James recalls, “She’s nice” and “She makes me laugh!”

Former LCA teacher Mrs. O’Rourke also has a special place in James’s memories as one whose classes were funny.  James remembers, “I learned a lot and I laughed a lot!”

James has also enjoyed a friendship with classmate Jessie Chen.  They have enjoyed talking and laughing together through the years since James first came to LCA and Jessie was the only one who would talk to him back in seventh grade.

LCA alumnus Josh Arthur (Class of 2018) was also a special friend to James, especially when they would travel on the bus to basketball games and other school activities like NYACS or field trips.  James will remember how much fun it was to be on the bus with Josh!

James does like his truck!  Last summer, he purchased his Suzuki Equator.  James and his truck enjoy their time together!

James shared his advice to the school’s underclassmen: “Do stuff—on time.  And try hard!”  James is still considering the Lord’s will for him for the coming year.  He is considering attending Hudson Valley Community College in general studies.  He is confidently resting in the words of Jeremiah 29:11, “For I know the thoughts that I think toward you, saith the LORD, thoughts of peace, and not of evil, to give you an expected end.”