“I have fought a good fight, I have finished my course, I have kept the faith; henceforth there is laid up for me a crown of righteousness, which the Lord, the righteous Judge, shall give me at that day; and not to me only, but unto all them also that love his appearing.”

Here at the end of the school year, as we prepare to give awards, we are sometimes questioned about the wisdom and practicality of these recognitions.

Some will insist that young people should not be working for reward but for the internal desire to do their best, regardless of what they may receive.  It is interesting that the all-knowing God who created us also promises rewards, the crowns spoken of in the passage above.  While it certainly is true that every parent and teacher desires to instill a love of learning and a love of hard work, it seems that we were created with a built-in drive for recognition as well.

Some others will insist that every student should receive an award, regardless of achievement level.  From Scripture, we see that not everyone will receive this crown, only those who “love His appearing.”  While we are certainly concerned about students’ feeling of self-worth, we also recognize that rewarding those who have not earned that recognition provides a negative motivation and will end up eventually damaging the child’s sense of self-worth.  The biblical principle of recognizing achievement is certainly a wise precedent we seek to emulate here at LCA.

Our annual awards chapels and commencement exercises do seek to honor those who have earned that honor, but beyond that we want all we do to bring honor to our Savior, Jesus Christ.  1 Corinthians 10:31 teaches us, “Whether therefore ye eat, or drink, or whatsoever ye do, do all to the glory of God.”  We trust our awards will always remain subservient to the goal of seeking God’s glory first and most of all.

In a change to the end-of-year schedule for our K4 students, our special program for K4 students and their families will be held together with the K5 graduation program.

LCA’s high school US Government class has had the privilege of meeting with Assemblymember Phil Steck and Congressman Paul Tonko over the past few weeks.  These men sat down and answered policy questions and shared their life stories with our juniors and seniors.  We appreciate the support of both men and their staff members to work out these sessions. 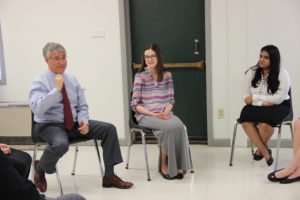 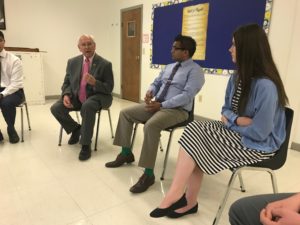 All parents are welcome and encouraged to attend these special days at the close of the school year and can pick up their children at the end of the awards chapels.

On Friday evening, June 15, LCA will present our annual high school commencement.  All of our families are invited to attend; no tickets are necessary.  We are privileged to have two long-time students graduating this year.  Our special speaker for the evening will be LCA’s former administrator, Pastor Neil Shupp.  Please plan now to come out and show your support and encouragement for our graduates!

During the summer months, our school office will be open from 10:00 AM until 2:00 PM most Tuesdays and Thursdays.  Please just give us a call before coming by so that we can be sure someone will be here to meet you.  Of course, you can always email Mr. Fry (bfry@lcany.org), Mrs. Mein (bmein@lcany.org), and Mrs. Kettlewood (pkettlewood@lcany.org) over the summer as well.  We will do our best to get back with you quickly.

All LCA students will have a final report card issued to them and will be available at school starting on Thursday, June 21.  All families will receive an email reminder when these are ready.  They can be picked up during our regular office hours given above.

Families of K3, K4, and K5 students should also pick up their complementary DVDs, one with a video of their end-of-year program and another full of digital pictures taken throughout the school year.

Please remember that all financial accounts must be paid in full before report cards can be issued or transferred to another school.

Our final day of Capcom School Banking will be Tuesday, June 5.  We appreciate Mrs. Roarke and Mrs. Hurley for their volunteering to make the program a success over the past school year! 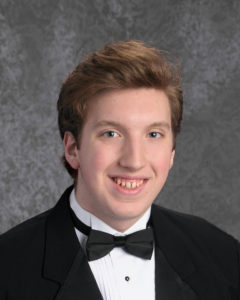 Matthew Mansfield has attended LCA for eleven years, making many memories and special friendships during those years.  Matthew was born in West Seneca, New York, where he lived for nearly three years.  Matthew still has many family members in the Buffalo area, including three grandparents and many aunts, uncles, and cousins.  When his family moved to Clifton Park just before Matthew’s third birthday, they found a place to call home and have been in the same house ever since.

Matthew’s father has worked for Norton for over twenty years and has been able to travel to many exotic locations such as China, Luxembourg, and France, as well as many destinations across the United States.  Matthew’s mother has taught in the K3 program at LCA for ten years after being a stay-at-home mother with her four children.

When the Mansfield family first moved to the Capital District, they began attending Latham Bible Baptist Church.  Pastor Davoll, then the senior pastor at LBBC, had previously served as youth pastor at their church in West Seneca, so the family made the connection right away.  Matthew grew up at LBBC, serving in a variety of ministries, including youth group and VBS.  Matthew remembers, “I’m the kid who just shows up and says, ‘Where do you need me?’”  Matthew, along with his father and his brother Sam, have repaired and upgraded just about every part of the church and school building here, including the gym floor, the roof, and even the restrooms.

Matthew accepted Christ as his personal Savior when he was six years old, during the summer between kindergarten and first grade.  Having grown up in a Christian home, Matthew always knew about Christ, but that summer was the first time it “connected.”  His older brother Sam (LCA Class of 2013) led him to Christ in their bedroom one evening that summer.  Matthew followed Christ in believer’s baptism at LBBC several years later, being baptized by Pastor Walter.

Matthew enjoys music during the free time he has, playing his guitar, bass, and drums.  As a boy, he played some tee ball and some rec. league hockey, but today he enjoys more one-on-one activities with his brother as well as playing basketball on LCA’s team.  Matthew’s father continues to build an ice rink in their yard nearly every winter so they can play hockey together as well.

Matthew will carry some lasting memories from his time at LCA, including one time that a nearby house had a fire in their shed, leading to thick black smoke and a propane tank exploding in a “black mushroom cloud” after school one day!  In third grade, Matthew also got to go on a special reward trip to a bowling alley.  He and classmate Joshua Arthur started walking around the alley until they found a pool table.  While looking for a pool cue, they suddenly realized that they were in the alley’s bar.  Unfortunately, Mrs. Kettlewood noticed them at the same time.  Matthew reports, “We got kicked out of the bar by Mrs. Kettlewood!”

Matthew and Joshua, his only senior classmate, have been together for many years.  Matthew says, “If you got in trouble, you got in trouble with Josh!”  He was that kid!  Josh has been one of Matthew’s few classmates also to be into sports.  They have spent a lot of time at each other’s houses, especially since they became close in seventh grade.

Matthew also misses his friend Matthew Heller (LCA Class of 2017), calling Josh and the two of them “The Remnant”!  Matthew will remember that he and Matthew Heller were close in elementary and would “hang out” together, while he and Josh would do “stupid stuff” together!

Family is very important to Matthew.  He has been close to his older sister Lydia (LCA Class of 2011), especially since she came home from college with her driver’s license, helping to make the connection between them.  Current LCA faculty member Sam has also come home now, and Matthew has noticed, “There is less food in the house!”  Matthew and Sam will “compete about who is more competitive”!  While Matthew missed Sam while he was away at college, he has enjoyed having him home again.  Matthew and his “baby sister” Grace (10th grade) just “understand each other” and became especially close while their older siblings were away at college

Matthew is seeking God’s will for the future and is considering going to Bible college for a two-year program there.  One special Bible verse for Matthew is John 3:30, “He must increase, but I must decrease.”

Parents of children in K3, K4, and K5 should note that next Thursday, June 7, is the final day of school for those students.